Powerwall goes on tour. A tiny house now, but just you wait….. 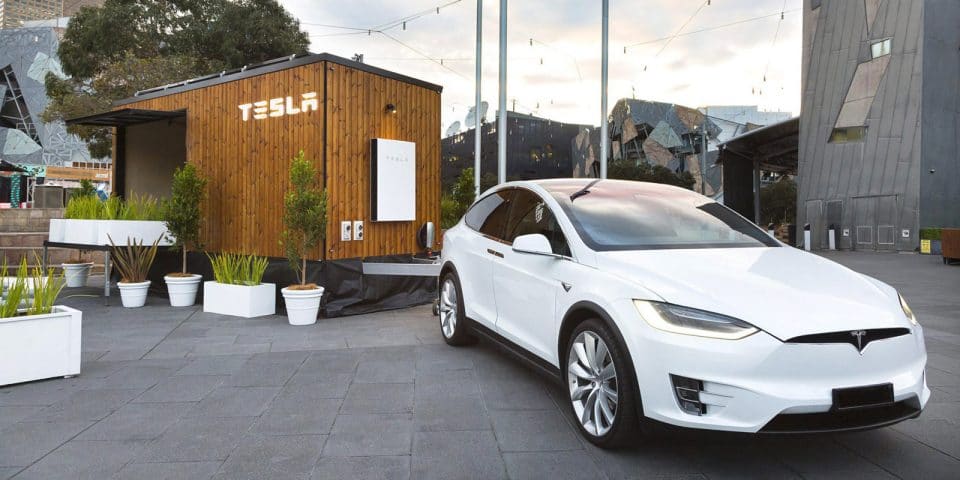 I think it would be fair to say that the world in 2017 seems like a pretty strange place. I have no intention of getting political, but the range of threats, division and just weirdness we’re currently witnessing is quite staggering. In times like these we often search for leaders and visionaries to help us through and just maybe show us the light.

Now I don’t think Elon Musk is the answer here, but one thing you can say of the man is that he has vision. You might not like all these visions, but nonetheless you have to admire his drive and commitment to changing the status quo in a range of industries and technologies. Whether it’s attempting to upend the car industry or reinventing the way humans visit and return from space, he’s not afraid of a challenge.

In recent months he’s committed to helping fix the electricity network challenges that have faced the state of South Australia. In July this involved committing to build the worlds largest lithium ion battery in the state and in a quintessentially “Musk” way, said it would be done within 100 days of contract signature or its free!

At the other end of the “Musk” scale is “Tiny House”, launched this week in Australia its Tesla’s latest marketing strategy to engage potential buyers of their energy solutions. Tiny House is essentially a very small home on wheels, which is to be towed around the country by, yep you guessed it, a Tesla Model X. I’d expect nothing else! The concept of the Tiny House is to showcase Tesla’s solar panels and Powerwall technology, allowing potential buyers the chance to see the tech in action and better understand how it would work in their own homes.

The way we buy, consume and generate our energy is changing

As things stand no plans exist to tour Tiny House in the UK, but I don’t think it will be too long before we start seeing Tesla looking to move more actively in the broader European energy market. At the moment buying and installing a Tesla Powerwall (14kWh) in the UK will cost you around £6000, a significant investment for many no doubt. However, technology is moving rapidly and you can be sure both the efficiency of the battery and the price will move in the medium term.

That being said, what the availability of this tech tells us is that the way in which we buy, consume and potentially generate energy is changing. As I’ve talked about before this change will be driven by a number of converging factors and ultimately will effect how you think about your energy use. I’m hopeful this will encourage more engagement in the market, but in the meantime make sure you’re choosing the right energy supplier for you and get a quick quote here: http://www.switchingenergy.co.uk