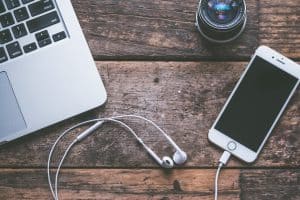 At the end of November, the UK Government announced its “Industrial Strategy”. Broadly speaking the overriding objective is tackle the countries underwhelming productivity. This is a good thing as a lack of productivity across the economy ultimately holds everyone back.

One element of the strategy was described as positioning the UK to be at the forefront of a “data revolution”. Already we have the highest share of GDP attributed to a Digital Economy in Europe. However, we are falling behind other nations in terms of the speed of our networks. Fundamentally this is driven by our continued reliance on legacy copper networks, rather than utilising the far faster full fibre-optic option.

As with many things, your broadband speed varies depending on where you are in the country. One solution to the problem involves allowing competitors of Openreach to use their existing ducts to lay down their own fibre.

Of course the adoption of new technologies to speed production and improve customer experience is nothing new. However, in a world that is looking more and more towards the digital realm, its imperative as a country we get our strategy and actions right.

Energy has been open to competition for some time now. Significant evidence exists that whilst prices have generally risen in the wholesale market, businesses have been able to keep a check on cost by taking part in a competitive market.

Today Switching Energy is proud to be ahead of the curve in the way we’ve deployed digital technology. By using our digital tools, you can reduce the amount of time you spend buying energy and use the time to be more productive! Small businesses can now find our App in the Apple Store: https://itunes.apple.com/gb/app/switching-energy-app/id1271806152?mt=8 or alternatively start online here: http://www.switchingenergy.co.uk/