Peering into the confusing mist 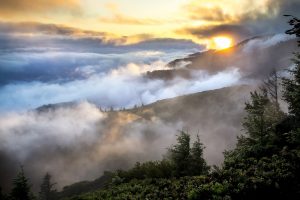 Sometimes the energy market is like staring into a mist: you can just about make out objects in front of you, but trying to discern what they are can be difficult. Take all the recent activity around price caps, market reform and independent “reviews”. You know they are out there, but it’s pretty hard to make out what, if any real effect their having.

As ever on this blog I’ll attempt to focus on one topic, breakdown its meaning and likely impacts. It therefore seems sensible to zoom in on the independent review published last week authored by Professor Dieter Helm. The review was originally commissioned by the Department for Business, Energy & Industrial Strategy (BEIS) in early August. Its specific remit was looking at the cost of energy and to recommend ways of keeping prices as low as possible.

Its quite likely that BEIS and the Government at large are now somewhat regretting the commissioning of the review, as Professor Helm puts their policies front and centre on the naughty step.

After looking at the structure of the economic build up of the energy we all receive, he concluded that costs are “higher than necessary” to meet the climate change targets we’re aiming at. Additionally he is of the view that customers have not fully benefited from the falling costs of the UK generation mix and other market activities related to networks and technology.

In terms of addressing the ongoing challenge of Standard Variable Tariffs (SVT’s) in the domestic market, Professor Helm suggests the creation of a default tariff, which would meet the objectives of the draft legislation on price caps. The idea being you control profit margins rather than a delivered energy price and therefore likely nudge suppliers to become more efficient rather than just pricing at the cap level.

Finally, looking at the way energy networks operate, he suggests changing the way in which price controls are currently reviewed over 8-10 years, citing the speed of technological change as a key driver. One proposal is to create a more local market licencing environment, encouraging more demand side activity and storage capacity for example.

Taken as whole, Professor Helm talks an awful lot of sense: I particularly applaud the idea of in effect forcing suppliers to get more efficient via controlling profit margins, in a market of over seventy suppliers this seems eminently sensible.

A straight price cap is likely to have the opposite effect in my opinion and will stifle the innovation we so desperately need in the market place. The question therefore is will BEIS do anything? I’ll reserve judgment, but Business and Energy Secretary, Greg Clark commented: “we will now carefully consider the findings”. Hold on to your hats everyone!

As I’ve often spoken of previously and contrary to popular opinion, you can take action now to ensure you’re getting a fair energy deal. That journey starts with checking your current energy price situation. So, get your latest bill to hand and get a quote here: https://www.compareprices.switchingenergy.co.uk/